Last weekend I was in San Francisco and I’ve been out every night since then. I’ve only come home to sleep.

This isn’t the norm but it’s not strange for me either. There are these seasons in my life of travel and going out and this is one of them. But I have other reasons: I’m in a funk. and I need to be around anything but my own thoughts and I’m putting myself out there in a different way.

Let me explain: With everything in life, I NEVER DO ANYTHING HALF-ASSED. I do everything with my full ass, which (I joke but it’s true) is quite sizable, so I put in a lot of effort.

So it’s disappointing when I’m trying to reach my goals and it doesn’t pan out.

I did everything that is who I gloriously am – I brought dad jokes, did push-ups, send funny and thoughtful photos, and make the first, second, and third moves that felt right. I don’t feel any regret. In the past, I wasn’t myself. I was the most agreeable person and I was boring.

It’s funny how it takes just that right friend or that right TV show character to help me feel better.

I chatted with a beautiful and successful friend who I told the story to and immediately said, “Don’t you hate it when that happens? You think everything is going great and then nothing all of a sudden.” Her dating stories were similar to mine and made me feel normal.

Then there was Clare from “Bachelor Winter Games:”

“Don’t be sarcastic. That’s not a language barrier right there. Be a man and step up… I’m not going to pursue you. I’ve been telling you the whole time how I felt about you. I go out of my way, above and beyond.”

So technically I did reach my goal, but I have a grander goal that builds upon it. I’m trying to give this dating thing a real go. I’m using an app, but I also find myself going out and talking to people. I know I know, I already talk to anyone and everyone but I’m doing it differently now.

What I’m working on is managing my feelings. I’m so new to this, it hurts and if this is how I feel about three dates with a guy, I can’t imagine how it could be… 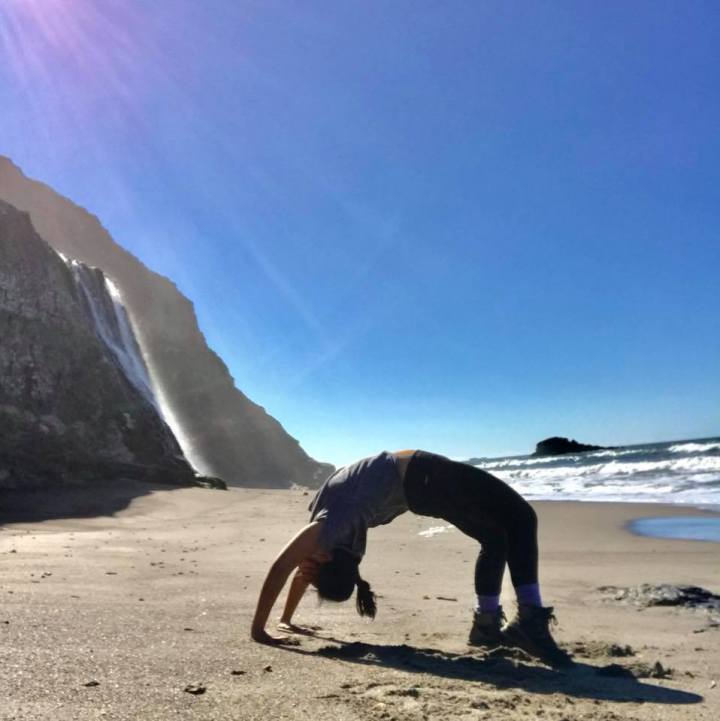 A few of my favorite quotes, that helped me get over the previous attempts at dating and slumps:

…and a few to keep me going: